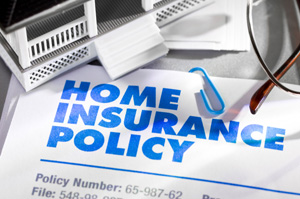 On February 24, 2015, a Toledo, Ohio homeowner filed an amended complaint in the United States District Court for the Northern District of Ohio against mortgage lender OneWest and Financial Freedom, as well as insurance companies Balboa, QBE, and Newport Management. (See Amended Complaint filed Feb. 24, 2015 in Case No. 3:14-cv-152.)

The Plaintiff is represented by Stephen Fearon of Squitieri & Fearon (New York) and James O’Brien of Zoll & Kranz, LLC (Toledo).

to carry hazard and, when necessary, flood insurance to protect the bank’s investment. If a homeowner fails to buy the insurance policy, the bank can buy one and add the cost to the mortgage balance.

Recently, however, some banks—including OneWest, IndyMac, and Financial Freedom—have pursued a profit opportunity. In conjunction with the insurance companies, they contact homeowners and tell them they need a lot more insurance—sometimes twice or three times the insurance amount. They also contact people and require flood insurance where they previously did not require it. Then, if a homeowner fails to purchase the additional insurance, the bank’s partner company forces an expensive policy on them and adds the premium to their balance.

Adding insult to injury, many banks, including OneWest, allow the insurance companies to raise these rates and to send these notices out on the bank’s letterhead. And, worst of all, the insurance company pays the bank a kickback when it forces a policy on a homeowner.

Plaintiff Dolores Gorsuch’s Amended Complaint accuses OneWest, Financial Freedom, and the three insurance companies of violating the Federal Racketeer Influenced and Corrupt Organizations Act (RICO) as well as other laws. It seeks to recover on her behalf and on behalf of homeowners across the nation who were subjected to this same practice.

OneWest, Financial Freedom, Balboa, QBE, and Newport Management have not yet answered these accusations.

Several states’ attorneys general have started investigations of this practice. And, similar suits are pending around the country against other lenders and insurance companies.

If you have any questions in regards to this complaint or other force-placed insurance claims please call toll-free at 888-841-9623, or use our live chat feature on this website.