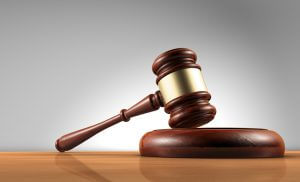 The Synchromed II Implantable Infusion Pump System, manufactured by Medtronic, Inc, is a pump which infuses pain medication, Baclofen, through a catheter into a patient’s spine. This medical device is used to treat primary or metastatic cancer, chronic pain, and severe spasticity. There are approximately 271,000 devices currently on the market. The device was first approved by the Food and Drug Administration (FDA) in 2004.

The FDA first identified problems with the manufacturer of these pumps in 2006. These problems can result in over- or under- infusion or a delay in therapy for patients. Between 2006 and 2013, FDA investigators conducted five inspections at Medtronic’s Neuromodulation facilities, resulting in three warning letters notifying the company of

“The FDA expects that all patients will be treated with safe, effective and high-quality medical devices,” said Jan Welch, acting director of the Office of Compliance in the FDA’s Center for Devices and Radiological Health. “We will continue to stop distribution of devices made by firms that fall short of regulatory requirements.”

On June 3, 2013, the FDA issued a Class I Medical Device Recall of SynchroMed II and SynchroMed EL Implantable Drug Infusion Pumps. These recalled products were manufactured from May, 1998 through June, 2013 and distributed from April, 1999 through June, 2013. The SynchroMed Implantable Infusion Pumps were recalled because of the unintended delivery of drugs during the priming bolus procedure. During this procedure, patients may receive the drug unintentionally at a high rate of infusion in the cerebrospinal fluid (CSF) followed by a period of reduced drug delivery after the priming bolus. This can result in a drug overdose or under dose which can lead to serious medical illness such as respiratory depression, coma or death.

On April 27, 2015, after Medtronic, Inc. repeatedly failed to correct these violations, The U.S. Food and Drug Administration filed a consent decree against Medtronic, Inc., and two of the company’s officers, S. Omar Ishrak and Thomas M. Tefft.

The consent decree cites violations of the quality system regulation for medical devices, which requires manufacturers to have processes in place to assure that the design, manufacture and distribution of a device allows for its safe use.

Once Medtronic receives permission from the FDA to resume the design, manufacture and distribution of these products, the company must continue to submit audit reports so the agency can verify the company’s compliance. In addition to these audits, the FDA will monitor the company’s activities through its own inspections.

According to the FDA, patients who are implanted with a Synchromed II Implantable Infusion Pump System should maintain regular follow-up appointments with their physicians. Patients who experience a change or return of symptoms, or hear a device alarm, should contact their physician immediately.