Our Product Liability Attorneys Are Pioneers in Drug Litigation 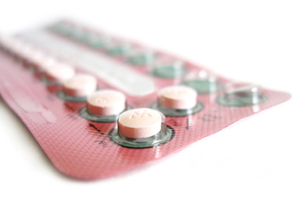 Yaz, Yasmin and Ocella are the first types of birth control to contain a different kind of hormone, called drospirenone (pronounced dros-peer-eh-known) or DRSP. Traditional birth control pills usually contain a combination of estrogen and progesterone. Thousands of women have been affected by dangerous Yaz side effects that were not disclosed to the public by the drug company marketing the “new” birth control.

Yasmin birth control was originally developed by Berlex Laboratories, a US affiliate of the German drug company Schering AG, and first approved for consumer use in 2001. In 2006, the drug manufacturer Bayer acquired Berlex, and began to market a more recent version of Yasmin called Yaz. Ocella is the generic version of these two pills.

How These Birth Control Drugs Can Harm You

In putting the interest of corporate profits over public safety, the advertisements Bayer has almost exclusively used feature the positive effects of taking Yaz birth control. The U.S. Food and Drug Administration (FDA) has repeatedly reprimanded Bayer for marketing the drug in a way that minimizes the potentially serious side effects, thereby misleading millions of women and their prescribing physicians about the safety of this new type of birth control. These side effects include:

Bayer knew or should have known that these health risks are associated with or increased by the unprecedented use of the new hormone DRSP. Bayer has also improperly encouraged the use of Yaz, Yasmin and Ocella in women whose circumstances the drug has not been approved to treat.

Bayer has promoted their latest creation as a “pill that goes beyond the rest,” and promises women additional benefits above and beyond unwanted pregnancies. The drug company also claims that this latest drug creation is as safe as other types of accepted birth control pills that are currently on the market.

In light of promises made in slick advertising campaigns, the new contraceptive product has made Bayer millions of dollars. It is now the best-selling oral contraception pill in the United States. For example, the sales of Yaz in 2008 reached $616 million, an approximate 18 percent of the US market share. Also in 2008, Yasmin sales reached $382 million, about 11 percent of the US market share. The New York Times article “A Birth Control Pill That Promised Too Much,” detailed these Yaz birth control sales figures.

The product liability lawyers of Zoll & Kranz have aggressively fought on behalf of hundreds of women who have been injured by taking Yaz, Yasmin and Ocella. In these lawsuits and litigation, we have obtained tens of millions of dollars for victims of this negligence by Bayer. Our peers often turn to us through our attorney referral service for cases regarding Yaz.

If you or someone you love has suffered a serious injury or worse while using Yaz, Yasmin or Ocella, please call us at 888-841-9623 immediately for a consultation. There is no charge to discuss this matter and the call is toll free. You also can fill out a no obligation online form with information about your potential claim to get started.