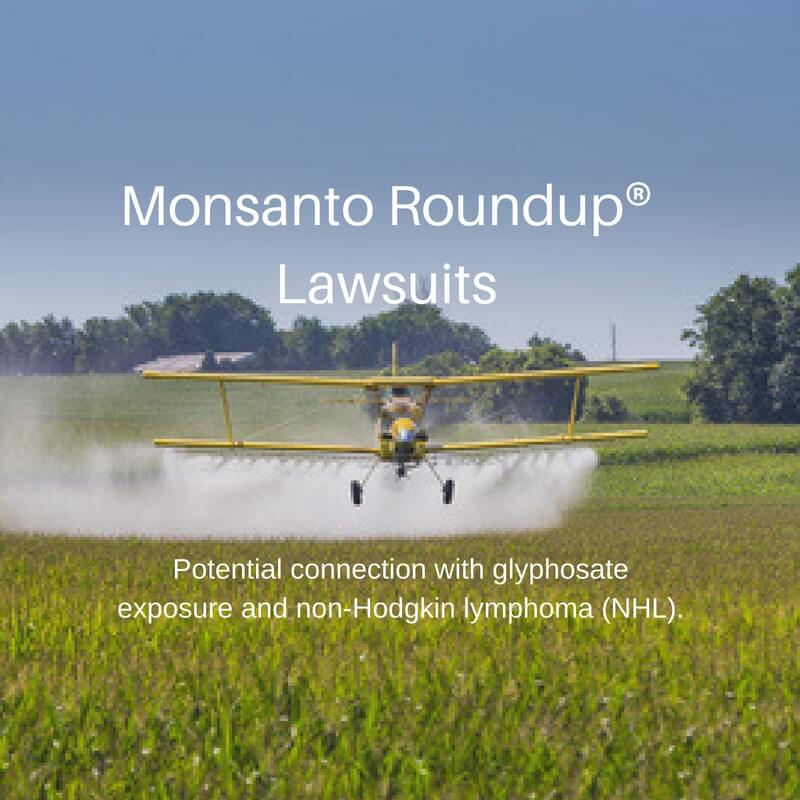 The toxic tort attorneys at Zoll & Kranz, LLC are currently investigating the allegation that Roundup can cause non-Hodgkin lymphoma (NHL) and are currently accepting cases where someone who used Roundup developed NHL.

Roundup is a chemical herbicide used as a weed killer. Roundup’s primary active ingredient is “glyphosate” and Monsanto is the highest selling manufacture of (glyphosate) in its Roundup product.

In July 2015, the International Agency for Research on Cancer (IARC) revealed their evaluation that glyphosate is “probably carcinogenic to humans.” and the study information released links this product to cancer diagnosis such as:

There is an ongoing investigation and lawsuits being filed on behalf of consumers that have come in contact with glyphosate based weed killers and developed cancer. Zoll & Kranz, LLC’s attorneys are offering free case evaluations and will represent farmers, farm workers, applicators, and even gardeners in certain situations.

Monsanto’s Roundup continues to dominate the market, even after competitors started to sell other glyphosate-based herbicides. In spite of the recent findings, Monsanto continues to tell farmers, agricultural workers, farm workers, and commercial spray applicators its product is safe.

One way Monsanto continues to augment its Roundup® sales is by selling its genetically-modified Roundup Ready® seed brand to farmers. “Roundup Ready” means the seeds are modified such that they are not killed when the field is sprayed with the herbicide. In 2010, an estimated 70 percent of corn and cotton, and 90 percent of soybean fields in the U.S. use these GMO Roundup Ready® seeds. There was a $2 million settlement in reference to these very seeds for Monsanto’s violation of misbranding.

Non-Hodgkin lymphoma (NHL) is a form of blood cancer that affects the white blood cells in the body, which in turn affects the body’s immune system. The chance of NHL diagnosis is doubled when a person is exposed to glyphosate. The study was pulling data since 2001.

Pursuing a Lawsuit Against Monsanto for Cancer Caused by Roundup

Zoll & Kranz, LLC’s attorneys handle toxic torts and are investigating the potential connection between RoundUp® and non-Hodgkin lymphoma.
If you or a loved one would like more information or a free case evaluation, please fill out the form here or call us toll-free at 888-841-9623.