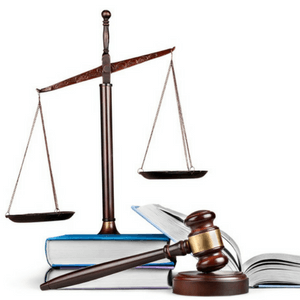 Today the law firm of Zoll & Kranz, LLC filed a class action complaint on behalf of class members allegedly billed for a greater amount than received of Botox injections from The Toledo Clinic and neurologists Auberle and Maiteh.

[Toledo, OH, August 2019] Today, August 13, 2019, the Complaint was filed in the Court of Common Pleas for Lucas County, Ohio under the Case Number: G-4801-CI-201903422-000.  This class action lawsuit is filed on behalf of Toledo Clinic patients whose migraine treatment with Botox injections did not meet the applicable standard of care.

According to the class action Complaint, class members received at least one Botox injection for treatment of migraine headaches from Defendant(s) Auberle and/or Maiteh, or those supervised by them, while the providers were employed at Toledo Clinic.  Allegedly, the class members were billed for 200 units of Botox but were administered actual doses below 200 units. The Complaint also alleges that these patients were not only fraudulently billed, but also received doses of Botox below the amount recommended for the effective treatment of migraine headaches.  The Complaint further alleges that The Toledo Clinic failed to establish policies to prevent this undertreatment and fraudulent billing and failed to monitor for this misconduct. The Complaint includes allegations that the unused units of the Botox for which the class members were billed were, on occasion, used to provide cosmetic treatments for non-patients in exchange for cash or other trades.

According to the Complaint, The Toledo Clinic sent a letter to patients stating that an internal audit revealed the possibility that patients “received less than the manufacturer recommended dose” of Botox. In the letter, The Toledo Clinic offers patients further medical examinations or treatments without charge, but only from a Toledo Clinic neurology provider or Toledo Clinic primary care physician.

The Zoll & Kranz, LLC attorneys continue to advocate for these victims and welcome anyone to call our investigatory team for further information.  They can be reached by calling 419-841-9623 or at www.toledolaw.com